This is part-1 of a multi-part series addressing the undeclared war for the soul of the Republican party.

Why Millennials Would Rather Give Away their Freedoms than Trust Republicans 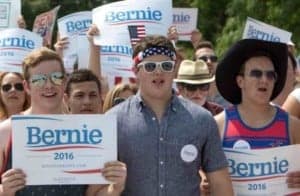 To say that college students all across the country are being indoctrinated in anti-American and socialist dogma is true, but it is not sufficient to explain why an entire generation of these students stick with their leftist orientation for over a dozen years.

To believe college students are young, gullible, and naïve is accurate, but it can’t justify the millions of maturing adults in the Millennial generation that grew up in conservative households continuing to reject the Republican party.

Something else is going on.

Not all Millennials are foaming-at-the-mouth leftists; not all Millennials reject conservative values… yet, in ever-growing numbers, the younger generations are either rejecting or are very ambivalent about the Republican Party.

To answer that, first ask yourself the following questions about the US Senate and the US House of Representatives:

If you answered ‘no’ to any of the above questions you would find yourself in a very small minority of the American public. You would probably also have a lot of people question your gullibility or honesty.

Americans overwhelmingly have a negative view of Congress. Depending on which poll you believe, only 18% – 21% of Americans Approve of the way Congress is doing its job.

Traditional Democrats like Pelosi, Schumer, and Schiff try to claim all the corruption and dishonesty is on the Republican side. Nobody believes them.

Traditional establishment Republicans like McConnell, McCarthy, and Grassley try to claim all the corruption and dishonesty is on the Democrat side. Nobody believes them.

Populist (America First) Republicans like Jordan, Meadows, and Graham will acknowledge corruption and duplicity but are bound by Republican leadership decorum rules not to call out fellow Republicans… Therefore, casual observers assume they are complicit.

Only the populist side of the Democrat Party, extreme socialist like Sanders, Cortez, and Warren, are telling Millennials what they know to be true. They are screaming from the rooftops that the system is rigged, that the leadership of both parties (and therefore the system itself) is corrupt, power-hungry, and bought and paid for by the multi-national corporations and mega-rich.

If you’re in a room full of screaming people all arguing about things you really don’t fully understand or deeply care about you are probably most inclined to tune it all out (and many people do – only about half our population actually votes). But, if you were forced to pick sides (through peer pressure, civic duty, etc.) how would you go about it? You would probably start by sorting out the obvious liars and look for the people telling you at least some things you know to be true.

Until the Republican Party acknowledges the real elephant in the room – that the Ruling Class of both parties is corrupt and has ‘higher’ globalist priorities than the welfare of the American people – the party will continue to decline. The Republican Party needs bold America First candidates and officeholders that will publicly call out and oppose its elitist, globalist, Ruling Class leadership.

On July 24, 2019 President Trump tweeted, “TRUTH IS A FORCE OF NATURE!” Americans all across the country (not just Millennials) are desperate to hear the truth from our leaders. Our President has forged the way – he is living proof that the American people will embrace a combative stance against elitism and the status quo. Now, it is our turn. It is time for the American people to organize. It is time for us to step-up in the Republican Primary Elections and nominate bold America First candidates for Congress.

We can primary the Ruling Class leadership and bring integrity back to the Republican Party. If we save the GOP, we save America.

PRC PAC is a Pro-Trump, anti-RINO, America First movement operating as a Political Union… and we’re looking for like-minded people. If you would like to know more, request a no-obligation Membership Packet.