How You Can Primary Ruling Class Politicians All Across the Country 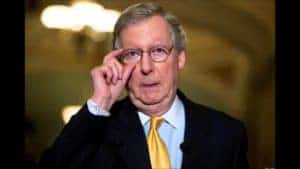 Because most Americans only pay attention to the General Elections, the swamp never gets drained. Ruling Class incumbents or hand-picked establishment challengers are all we have to choose from. When the candidate from both parties is a professional Ruling Class Politician, We the People lose no matter which candidate wins. This can be changed, but it must happen in the Primaries.

You can only vote for candidates where you live, but you can donate to candidates all across the country.

And you don’t have to be rich to make a difference. Primary elections cost many times less money and that means even a small donation is many times more powerful.

In his 2016 presidential campaign, Donald Trump raised over $239 million from small donations ($200 or less). This set a new record; it was more in small donations than Obama raised in 2012 and it was more than Hillary Clinton and Bernie Sanders raised… Combined!

You can make a difference. StressFreeBill is going to give you a specific strategy that can be extremely effective. Focus on the primary races for the U.S. Senate and the U.S. Congress. The first thing you will want to do is identify who is running against the Ruling Class Politicians in the next primary election. This website will help you with that:

The second thing is to set a budget for the current election cycle. Maybe a one-time contribution is all you’re comfortable making or, perhaps, setting aside a small amount each month is within your capabilities. Don’t take food off the table, but this is important – contribute accordingly.

Next, divide up your contribution amongst the GOP Ruling Class’ opponents. This is critical… Whether you are registered as Republican, Independent, Libertarian, or Democrat we must face the reality that a) Democrat primaries are rigged, and b) the Democrat party is imploding (sorry). If you want to be effective in combating the Ruling Class, we all need to focus our concentration on the Republican Party. This is not because you believe the Republican Party is better than the other parties, it is because this is the most effective way to break the back of the Ruling Class culture. Plain and simple – to overcome the Ruling Class you will have to rise above party politics.

For example, if you have budgeted a contribution of $100, instead of sending it to your favorite candidate divide it up into ten $10 contributions to ten different Ruling Class opponents (or, $20 to five, etc.). Do this whether you are their constituent (live in their district) or not. Do this as early in the campaign as possible – Last minute donations are helpful, but early donations are worth twice as much.

Lastly, challenge others to match your effort. Talk to your friends, use social media, etc. – do this to geometrically increase the power of your donation. Doubling your donation amount makes you a Player. Increasing it by a factor of five makes you a Star. Getting ten people to duplicate your efforts makes you a Superstar and you should be recognized. Share this article on social media and let the world know you are part of the movement to Primary the Ruling Class.