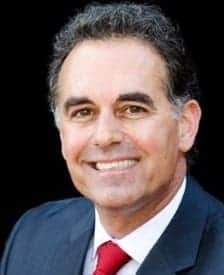 General Election for US Senate: November 6, 2018

Danny Tarkanian is not a professional politician.  He is a businessman, attorney, and coach. In the opinion of StressFreeBill, Danny Tarkanian is a We the People champion that can help President Trump pass his ‘America First’ agenda. At the specific request of the President he dropped his bid for the Senate and is now running for the open seat in the 3rd Congressional District. The seat was previously held by Jacky Rosen (D-NV) who is now running for the Democrat nomination to the US Senate.

He publicly supports President Trump on issues such as building the wall and vigorous vetting of all refugees and immigrants. He has publicly declared to support the ‘Make America Great Again’ agenda.

Danny Tarkanian has never held public office but has run five times. The last was a narrow 1-point defeat to the current democrat congresswoman, Jacky Rosen. He is a former Tea Party candidate and enjoys the current endorsement of Sarah Palin.

Most Importantly, Danny Tarkanian Will Support President Trump and Help ‘Drain the Swamp’ – the #1 Most Important Challenge Facing Our Country Today

The GOP Establishment is not fond of Danny Tarkanian. Paul Ryan’s Republican Establishment may or may not shower massive amounts of money into supporting this election – it is important that we do. Danny Tarkanian does not have large financial resources, yet historically has done well in fund raising.

We want to support Danny Tarkanian for this nomination. The Nevada Primary Election will  be held on June 12, 2018.

For information on how to vote for and support Danny Tarkanian’s campaign, go HERE.