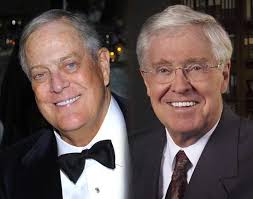 There is a self-appointed Ruling Class culture that has formed in America. It is made up of mainstream media, Deep State bureaucrats, globalist oligarchs, Ivy League intelligentsia, and many professional politicians (of both parties). They arrogantly believe they are smarter than the rest of us and in a better position to make decisions than we are. They deeply resent We The People telling them how to run our government. The current US House and Senate primary elections are a great example of why we need the Primary the Ruling Class Movement. 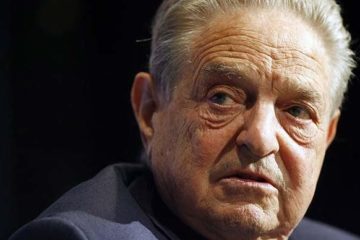 Who are the Ruling Class Oligarchs?

The American people overwhelmingly support reduced immigration and border security. A recent article by POLITICO (not a publication friendly to Conservatives) admitted that recent polling shows “…73 percent of Republican voters support reducing the number of legal immigrants, compared to [only] 57 percent of Democrats who oppose that idea.” Many other polls show similar results. Yet, when the good people of Ohio arrive at their polling stations to vote in the November General Elections they will have already lost – both the Democrat candidate and the Republican candidate will oppose President Trump’s reduced immigration policies. This is how they rig the game; the Ruling Class establishment wins and We The People lose.

But it doesn’t stop there… The Koch’s are using their massive financial power to extort the entire Republican Party into leaving out immigration altogether as an issue in the 2018 midterms. Instead, they are pushing Republicans to pass a clean DACA amnesty (without funding for the border wall or other protections against illegal immigration) and to extoll the virtues of tax reform as their central message – and Senate Majority Leader Mitch McConnell and House Speaker Paul Ryan are playing right along, even though polling shows that these issues don’t excite the base. In other words, the Koch brothers, and the Republican leadership they control, would rather risk losing their majorities in the House and Senate rather than stop the hollowing out of the Middle-Class by instituting border security and immigration controls. (And then, if the Democrat majority votes to impeach President Trump, well…)

Yet, when the good people of Ohio arrive at their polling stations to vote in the November General Elections they will have already lost – both the Democrat candidate and the Republican candidate will oppose President Trump’s reduced immigration policies.

The reasons for this are many, and to the average American who doesn’t understand the Ruling Class agenda it may seem confusing. A thoroughly researched yet easy to understand explanation can be found in the Bestselling book, It’s Not About Donkeys and Elephants: Branding the Real Enemy. For our purposes here suffice it to say that what’s good for Corporate America isn’t always good for Americans.

But there is a way to fight back; the situation is far from hopeless. President Trump is leading the way by standing up to the Ruling Class. He has derailed and reversed much of their globalist agenda, yet much more remains – and he needs our help.

As great a leader as our President is turning out to be, he can’t do it alone. We need to support him in every way we can. That means voting for him for reelection, but it is just as important to send him Congressmen and Senators that support him and remove the obstructionists that oppose him. In reality, this is an effort that needs to continue long after our President has finished serving his two terms in office. The Ruling Class culture that permeates Washington has sunk deep roots and is just like those pesky weeds in your front yard; you have to keep pulling them season after season until you finally get enough of the root that they stop growing back.

This is where PRC PAC comes in. PRC PAC (Primary the Ruling Class) is a Political Action Committee set-up to defeat Ruling Class establishment candidates – with a special focus on the primary elections. Unlike most Super PACs, however, PRC PAC is a grassroots movement to be made up of tens of thousands of middle-class Americans all coming together to offer an opposing warchest and voice against the Koch brothers, George Soros, Tom Steyer, and other Ruling Class Oligarchs. Together we can raise millions of dollars to help insure that non-Ruling Class candidates can stand a chance in the primaries while using our collective voice to educate the public on those candidates. PRC PAC is using a very innovative strategy to drive membership. It allows everyday people to become bundlers, amalgamators, and consultants and reap financial rewards for doing so. Those rewards can sometimes be significant.

If you are an American and are tired of the obstruction in Washington DC, if you support our President and believe in the MAGA America First agenda, then you need to do something. It is no longer good enough to just set back and talk about our problems – every goodhearted American needs to take action. PRC PAC is a way you can do just that. And if not PRC PAC, just what will you do?