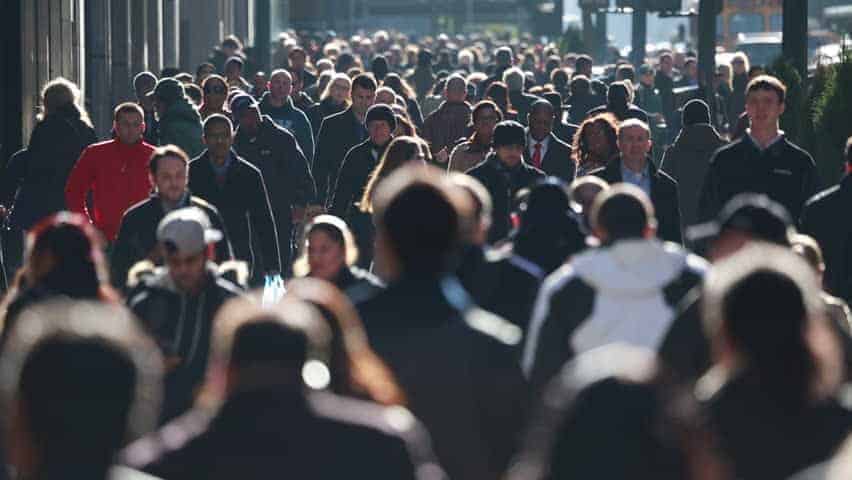 But is it true?

If you listen closely, there is usually no reason given when these groups make their accusations. But occasionally, you will hear people talk about him proposing a temporary ban on Muslim immigration or building a wall on our border. They might also try and say that his remarks during his announcement speech were racist.

First of all, let’s correct the illiteracy of the left – Muslim is not a race. It is a religion or even a way of life, but it is not a race. Muslims from Syria, Libya, Iran, Iraq, etc. are mostly Middle Eastern.

So is President Trump racist against Middle Easterners?

Well, considering that he is very pro-Israel, which is primarily made up of Middle Easterners, I don’t think you can make that accusation stick. He is also making trade deals with Saudi Arabia, negotiating with Egypt, and trying to give self-rule to Iraq. These are not the actions of someone who lets race interfere with common sense.

When we listen closely to what President Trump actually says (compared to what the Ruling Class Media tells us he says) we realize that he speaks highly of Muslims, Middle Easterners, Mexicans, African Americans, and just about everybody.

Trump is undeniably against Radical Islamic Terrorism and doesn’t think we should allow the demographic group that these terrorists come from to immigrate into our country until we can separate (vet) the extremists from the good people. This is the equivalent of not letting Germans into our country during WWII or North Koreans into our country during the Korean War (without extreme vetting). A temporary pause in immigration until these vetting procedures can be put in place is just common sense. You can agree or disagree with that policy, but it is simply a debate about how to keep us safe – it has nothing to do with racism.

What about the wall?

It is a fact that most people entering our country illegally across our southern border are Latino. Latinos are a race. But is Donald Trump against all Latinos? Apparently not. He has hired thousands of Latino Americans (many of which are very public in their support of him). He also received a higher percentage of the Latino Vote than the last Republican Presidential Candidate (Mitt Romney). Ditto for the African American vote. How is it that these minorities would vote in ever-increasing numbers for someone that is racist against them?

Wouldn’t a person have to believe that Latinos and African Americans were stupid to do that? Wouldn’t that be the real racism?

Listening to President Trump’s actual words give us a different picture than what the Ruling Class Media tries to make us believe.

The added financial strain that illegal aliens put on our welfare systems, our educational systems, our law enforcement systems, and our healthcare systems is undeniable. And this doesn’t even account for the social costs of the massive amounts of drugs that flow across our southern border.

Open border activists deny all of this and point to highly partisan studies that defy common sense – studies that claim illegals who freely use our welfare, education, and healthcare systems actually add to our economy. They’re not a cost to us at all!

There are all kinds of reasons that our Ruling Class Politicians (on both sides of the aisle) and our Ruling Class Oligarchy want illegal immigration, but that is the subject of a different article.

The point is, there is nothing wrong with wanting to protect our borders.

What has been stated above are simply facts – and there is nothing racist in describing the policy of the Mexican government (or in wanting to thwart it). Protecting American citizens physically and financially is the job of the President – it’s just another way of saying, Put America First.

Maybe someday, after we’ve figured out how to pay off the multi-trillion dollar debt out Ruling Class Politicians have given us, after getting control of the massive overspending they continue to make, and after replacing the millions of jobs that have in recent years been taken away from the middle class, maybe then we could consider taking total care of the entire world. In the meantime, we have the right to choose who we are generous with.

Understand this… If the US totally stopped excepting refugees and illegal immigrants today, we would still be the most generous country in the world. And by any measure, it wouldn’t even be close.

President Donald Trump is opinionated, brash, and definitely not politically correct, but we have seen nothing to make us believe he is a racist. As far as I can tell, he has said nothing racist and, more importantly, he has done nothing racist.

If you have any real evidence to show different, please forward it to me and I will publish it. But I’m not going to be holding my breath…

It is obvious that there is a concerted effort by the anti-Trump self-appointed Ruling Class to manipulate all of us into believing this falsehood. They are apparently only concerned with defeating him and are very unconcerned with things such as integrity or the truth.

You have the choice of listening to their rhetoric or looking at the actual facts.

If you understand why the self-appointed Ruling Class in our country desperately want to remove President Trump from office (or, at least prevent him from being effective), it all starts making sense.