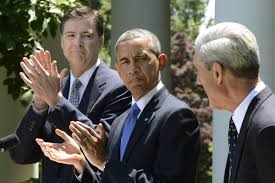 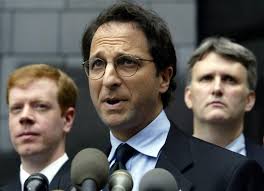 I’m going to ask you to do something difficult.

Each of us has a worldview constantly running in our heads. A worldview that centers on our self – and almost no one sees themselves as evil or immoral. You might say that we each wear a white hat in our own movie…

Therefore, it is very difficult to understand evil or immoral actions in others. Our first instinct is to believe people, or at least believe some of what they are saying. It is against our own nature to believe that people with respectable positions of authority could totally fabricate allegations – and still believe themselves to be good people…

You are respected and admired among your peers. Many, if not most of your classmates from journalism school envy your success and look up or suck up to you. Since at least college you have been surrounded by people at the center of worldwide events. Your profession gives you access to information and insights that average people cannot hope to duplicate. You’re rubbing shoulders with CEOs, executives, and politicians whose stage is global. Combined with your superior education this allows you to form sophisticated political opinions that many in ‘the masses’ couldn’t hope to understand. And that’s ok because the people that count, the others that share your same professional and educational advantages, do understand. As a matter of fact, they all feel the same way you do and that sense of shared superiority that this mutual feedback engenders is, well… deserved. 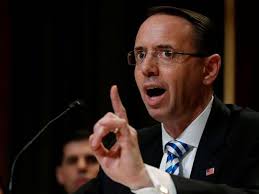 There may be some violent fanatics that take things too far, but there is truth in their protests; you’re not naïve about America. You’ve been educated in all the evils of her founders and the unfairness of her success. It’s not that you hate your country, it’s just that you are sophisticated and educated enough to understand that America is no better than any other country – and a true global community is a higher calling anyway. This patriotism and nationalism stuff is just pablum for the masses and you and your peers have risen above that kind of thinking.

You’re still a good person – you call your mom once a week and show up for dinner on holidays. You donate your time to good causes and occasionally even give a little bit of money. You’re proud of the fact that you’ve overcome many of the biases that plague the common people – like religion.

It wouldn’t be PC to try and shame Christians, for example… but you can’t help feeling sorry for those that hang on to that kind of superstition. You even have family members that suffer from it. So, you don’t hate people that believe in God, but the ones that go out there and preach about it, the ones that openly profess their faith, drive you up a wall. Especially those that mix religion and politics.

Your own political party isn’t plagued with a whole lot of people like that. The other party, however – the Republicans – they seem to be a magnet for all kinds of crazies (religious and otherwise). And this is becoming a problem.

It is becoming a problem because ‘the masses’ in America are having trouble transitioning into the new world order and are electing these backwards thinking Republicans to high office. For years, the elite leaders of the Republican party were able to keep their populous base under control – but now that is all starting to slip away. Not only are those sophisticated leaders starting to lose power, but the Republicans went and elected a President with the values and mindset of an average citizen. All the progress that was achieved under President Obama is being swept away! 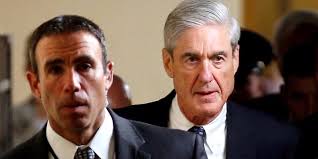 Fortunately, you see true heroes around that are fighting back. Certain news networks are doing everything they can to convince even the dimmest-witted Americans that President Trump is deranged and dangerous. There are bureaucrats imbedded in government agencies – what they call the Deep State – that are resisting and obstructing. And, of course, there are still a lot of Republican leaders in congress that are doing their own undermining of his crazy agenda.

Even Hollywood is taking a united stand. All of America’s ‘best and brightest’ keep telling average Americans how to vote… but they just won’t listen.

It’s frustrating, and I can see all my peers are starting to become frustrated too. If we care about the future, we need to do something. ALL of us need to do something. ‘So, what?’ if a story I write leaves out certain things? It’s more important that people don’t get distracted away from the main point – it’s more important that they see our ‘higher truth’ than it is to get every detail right. And ‘So, what?’ if I can find certain people to say certain things about certain people. Yeah, they’re probably not true… but if it helps the average naïve person in this country ‘wake-up’ it’s worth it, right?

After all… it’s for the greater good.

That last line, ‘It’s for the greater good,’ has been the justification for more human atrocities throughout history than any other.

I’ve presented this glimpse into the mindset of a member of the Ruling Class Establishment as an example of how perverted and arrogant their thinking really is. The next time you hear one of them accuse someone of being racist, sexist, homophobic, or xenophobic… or, even of being a child molester just weeks before a Senate election… remember this example. There really are people out there that will manufacture evidence, commit fraud, and lie to your face and not give it a second thought. They will sleep well at night thinking that they’re wearing the white hat. We need to realize that we’re at war – a cultural war. And the other side isn’t going to play nice.

Author’s note: The above example is obviously fiction; I don’t have the ability to read anyone’s thoughts. I also don’t know and have never met any reporter from the Washington Post or Judge Roy Moore… However, I offer it as an example of why I absolutely do not trust the Ruling Class establishment in any circumstance. Generally speaking, this is a very real mindset and, therefore, my default setting is to question the credibility of any of their accusations.