“Thou shalt not speak ill of any fellow Republican.”

I believe Ronald Reagan will go down in history as one of America’s greatest Presidents… but times change. Consider the following sample of current and prominent Republicans:

* Bob Mueller – Special Counsel that headed the faux investigation (witch hunt) into the fake accusations that Trump colluded with the Russians. There is mounting evidence that Mueller knew the investigation was bogus from day-one; this strongly suggests he was a willing participant in the coup attempt. The final report found no evidence of collusion or obstruction of justice, but was written in such a way as to imply the President was guilty and give Congressional Democrats a roadmap for impeachment.

* James Comey – Director of the FBI when the coup was implemented. He knew the Steele Dossier was fake but fraudulently used it anyway to obtain a FISA warrant to spy on the Trump campaign. He also lied to Congress in efforts to obstruct investigations into the conspiracy. He openly supported Hillary Clinton for President.

* Rod Rosenstein – The Deputy Attorney General who appointed James Comey’s best friend, Bob Mueller, as Special Counsel to an illegal faux investigation into a known Russia Collusion smear campaign. He is also reported to have volunteered to wear a wire in order to Trap his boss, President Trump, into making remarks that the Cabinet could use to justify invoking the 25th Amendment to relieve the President from office.

** Senator Mitch McConnell (KY) – Senate Majority Leader whose family has close ties to the Chinese government – ties that have made him wealthy. He is also responsible for the slow-walking of hundreds of confirmation hearings to install Trump appointees into office. The Conservative Review gives him only a 36% Liberty Score.

Paul Ryan (WI) – Former Speaker of the House and the politician that thwarted President Trump’s efforts to obtain funding for the border wall while the Republicans still held the majority in Congress. He also carries the blame for allowing the Democrats to take the majority in the US House in the 2018 midterm elections. He has now joined the board of directors of Fox Corporation, the owner of Fox News Channel and the Fox broadcast network where he continues to extoll a Never-Trump agenda.

Senator John McCain (RIP) – Notorious Never-Trumper that was involved in the Steele Dossier and the phony Collusion witch-hunt, as well as being the Senator that singlehandedly betrayed promises to his constituents regarding Obamacare – he cast the deciding vote preventing Obamacare from being repealed. There are many McCain acolytes holding power in the current Republican Party.

Senator Mitt Romney (UT) – A Never-Trumper who not only voted not to fund the border wall, but voted against Trump’s Emergency Powers declaration in that regard. He opposed (and helped sink) both of Trump’s nominations to the Federal Reserve, Herman Cain and Stephen Moore, has been endorsed by Democrats such as Harry Reid, and has written numerous blistering articles denouncing Trump’s character and fitness for office. He is the epitome of a Ruling Class politician – placing a personal agenda over the welfare of America.

** Senator Thom Tillis (NC) – He threatened to oppose Trump’s Executive Order declaring an emergency on the border and is known as a flip-flopper. He has demonstrated a history of voting for what is politically expedient (what is in his own self-interest). He supports the Ruling Class leadership in the Senate. The Conservative Review gives him only a 38% Liberty Score.

** Senator Lindsey Graham (SC) – Recently seen as an outspoken advocate of President Trump, his history shows another side… He is a former founding member of the Gang of Eight amnesty group. His opposition helped sink Trump’s nominee to the Federal Reserve, Stephen Moore. He is on record declaring that there are limits to the rights granted us by the 2nd Amendment, and he carries a Conservative Review Liberty Score of just 32%.

** Senator Lamar Alexander (TN) – He voted against providing funds for the border wall and then voted to block Trump’s border emergency declaration. The Conservative Review gives him only a 17% Liberty Score.

*** Senator Pat Roberts (KS) – Pat Roberts is not running for re-election but has close ties to the Mitch McConnell (Ruling Class) camp in the Senate. He will be active in trying to handpick his replacement. The Conservative Review gives him a 48% Liberty Score.

These are all Republicans. 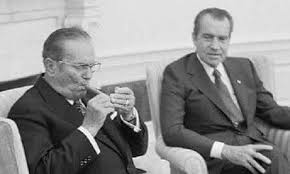 As this is being written, Never-Trump Republicans are attempting to find a prominent Republican like Ben Sass or Mitt Romney to run against Trump as a third party. They are not trying to oppose our President in the Primary; they are trying to dilute the Republican vote in the General Election so that the Democrat can win.

Whether it is in the open, or behind the scenes, they will do anything to remove Trump from office.

If You Are Disgusted by the Actions of the Ruling Class Republicans on This List… Please, Read On…

When Ruling Class Republicans come up for re-election, we always hear the same argument from the Republican establishment… ‘If we replace the Republican incumbent with a lesser known candidate, we will simply be handing the seat over to the Democrats.’

This is the single most convincing argument against a popular uprising to replace Ruling Class politicians. Indeed, it is a powerful argument that has kept them in power (and actually increased their numbers) for decades.

In essence, conservative Americans have been asked to repeatedly accept the lesser of two evils when voting for national office. The idea of voting for candidates we actually believe in; the idea that America could actually be represented by officeholders who truly put the American people first is considered selfish, uninformed, and politically naïve.  We are told that no candidate not of the professional political class could ever win the General Election – let alone know how to properly govern even if they did. Ruling Class Republicans have hammered us over the head with this argument for so long that we don’t even pay attention to the Primaries anymore.

Perhaps it is time for that to change…

The Primary the Ruling Class movement (PRC PAC) is dedicated to removing as many Republican Ruling Class politicians from office as possible. Our motto is: If We Save the GOP, We Save America.

We do not want to give the Democrats more seats in Congress, so we will use the Primary elections as our vehicle to replace Ruling Class officeholders with America First candidates.

Many of the references cited in this article were curated from the PRC PAC Deep-dive Political Research Archives (Membership has its privileges).

H/T to The Conservative Review for the Liberty Scores. They describe their scoring thusly: Conservative Review’s Liberty Score grades members of Congress on the top 50 votes over a rolling six-year term. What decides what makes a top 50 vote? Principles such as limited government, free markets, traditional family values, individual freedom, the rule of law, and a strong national defense are at the core of Conservative Review’s principles. The rolling six-year window is a more accurate picture of a lawmaker’s performance than traditional one- or two-year scoring methods. Scores are determined by points earned divided by potential points. Voting with the conservative position earns one point; voting against the conservative position earns nothing. Missed votes are not included in a member’s score. A letter grade is assigned to members based on how they voted and if they voted with the conservative position.

The Liberty Score is a tool to help voters determine whether politicians who make promises to conservatives to cut spending, protect the unborn, or limit government are keeping those promises in office by how they vote. It is not a measure of how conservative politicians claim to be or the ideas they say they believe in. It is a review of their actions as federal lawmakers.

It should be noted that PRC PAC is registered with the FEC as an Independent Expenditure Committee and as such is prohibited from coordinating with any national candidate or campaign. Other than providing generic leadership and ideological training to our members, we will not be involved with the soliciting or grooming of a specific candidate for a specific office. We will, however, call out specific officeholders as Ruling Class politicians and publish our reasons for doing so. If and when a candidate declares to oppose such an officeholder, we can and will evaluate and support or oppose their run for office.